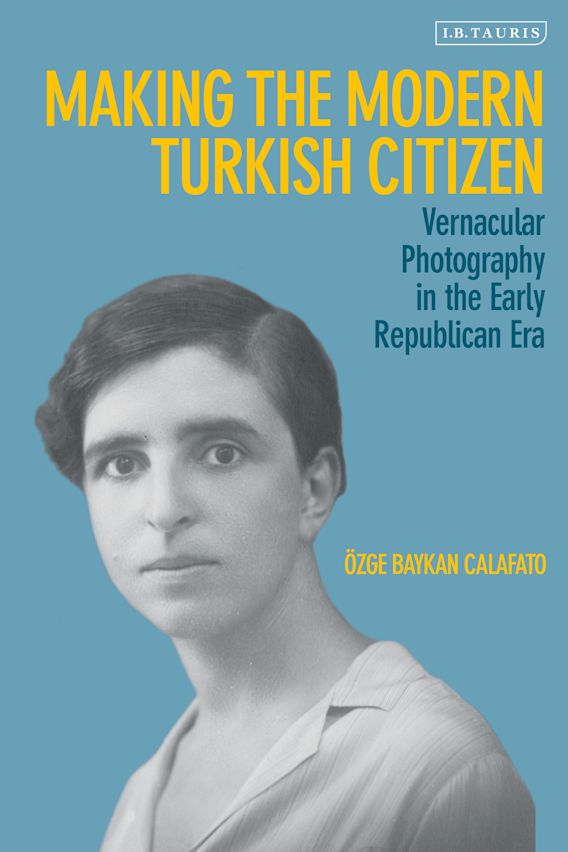 Former fellow of the Netherlands Institute in Turkey (Hollanda Araştırma Enstitüsü) Özge Baykan Calafato (University of Amsterdam) has published a new book entitled Making the Modern Turkish Citizen: Vernacular Photography in the Early Republican Era by I.B. Tauris. She conducted some of her research during her fellowship at the NIT in 2017.

Featuring over 100 colour images, this book explores the photographic self-representations of the urban middle classes in Turkey in the 1920s and the 1930s. Examining the relationship between photography and gender, body, space as well as materiality and language, its six chapters explore how the production and circulation of vernacular photographs contributed to the making of the modern Turkish citizen in the formative years of the Turkish Republic, when nation-building, secularization and modernization reforms took centre stage.

Based on an extensive photographic archive, the book shows that individuals actively reproduced, circulated and negotiated the ideal citizen-image imposed by the Kemalist regime, reflecting not only state-imposed directives but also their class aspirations and other, wider social and cultural developments of the period, from Western fashion trends and movies to the increasing availability of modern consumer items. Calafato also reveals that the freedom from state control afforded by personal cameras allowed the desired image to be sometimes tweaked by incorporating elements from Ottoman and Turkic traditions, by pushing the boundaries of gender norms or by introducing playfulness. Making the Modern Turkish Citizen offers a valuable portrait of the ongoing political and social changes on the lives of the Turkish middle class, and of how they saw and wanted to present themselves, privately and publicly.

For more information about the book, please visit here.