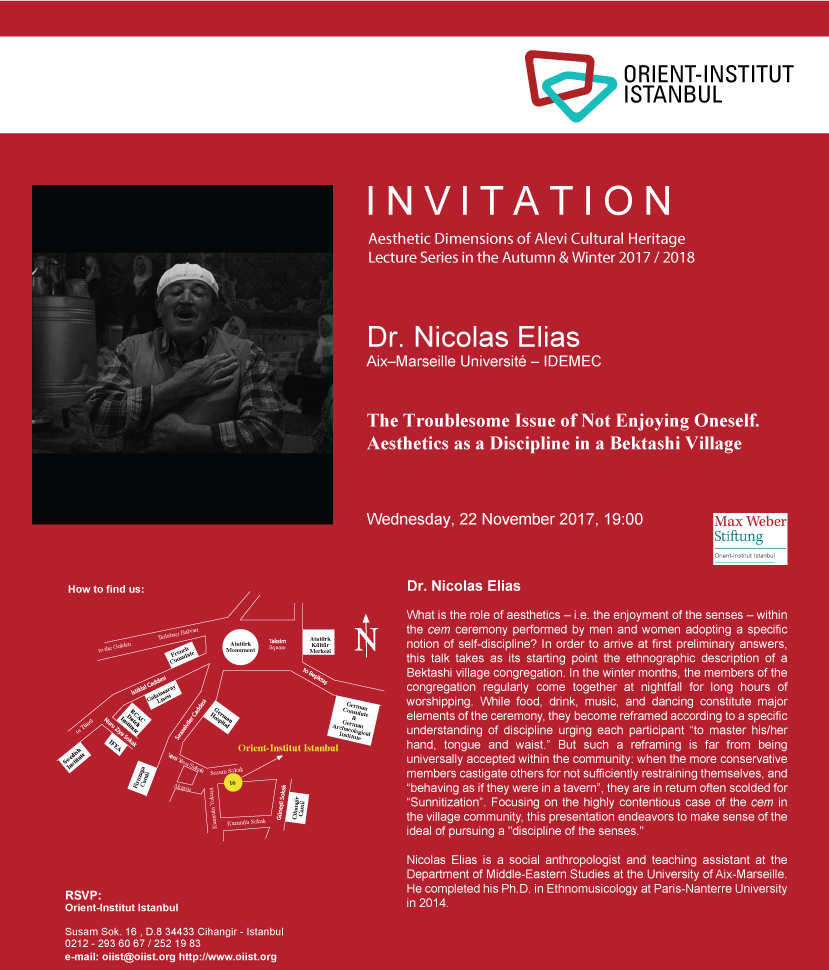 The Troublesome Issue of Not Enjoying Oneself. Aesthetics as a Discipline in a Bektashi Village / Dr. Nicolas Elias

What is the role of aesthetics – i.e. the enjoyment of the senses – within the cem ceremony performed by men and women adopting a specific notion of self-discipline? In order to arrive at first preliminary answers, this talk takes as its starting point the ethnographic description of a Bektashi village congregation. In the winter months, the members of the congregation regularly come together at nightfall for long hours of worshipping. While food, drink, music, and dancing constitute major elements of the ceremony, they become reframed according to a specific understanding of discipline urging each participant “to master his/her hand, tongue and waist.” But such a reframing is far from being universally accepted within the community: when the more conservative members castigate others for not sufficiently restraining themselves, and “behaving as if they were in a tavern”, they are in return often scolded for “Sunnitization”. Focusing on the highly contentious case of the cem in the village community, this presentation endeavors to make sense of the ideal of pursuing a "discipline of the senses."

Nicolas Elias is a social anthropologist and teaching assistant at the Department of Middle-Eastern Studies at the University of Aix-Marseille.
He completed his Ph.D. in Ethnomusicology at Paris-Nanterre University in 2014.