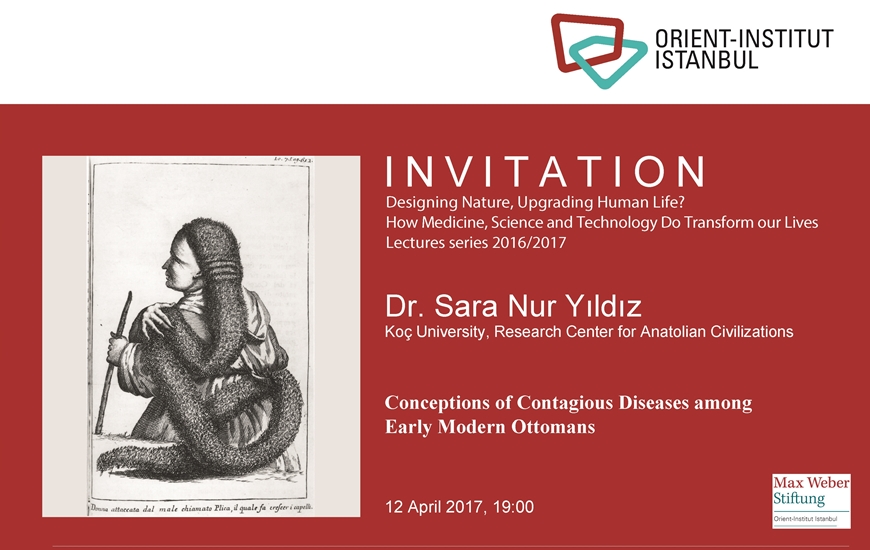 How did Ottoman physicians conceive of epidemic diseases and pestilence and their relationship to contagion? This talk addresses this question through the examination of a medical text composed by Mehmed IV’s (r. 1648-1687) head physician, Ḥayātīzāde Muṣṭafā Feyżī the Elder (d. 1692), or Moshe ben Raphael Abravanel, as he was known before he converted to Islam in the late 1660s. This work, el-Risāʾilü’l-Müşfiyeli’l-emrāżı’l-müşkile, commonly known as the Quintet of Five Diseases discusses five “epidemic” diseases in the seventeenth century: syphilis, plica, the plague, and two kinds of melancholy. Trained as a physican in Padua, Italy, Ḥayātīzāde claims to present new information not found in the classical Islamic/Ottoman medical corpus. The Quintet of Five Diseases exemplifies how medical knowledge andconceptions of disease and contagion traveled across linguistic, state and religious borders in the early modern Mediterranean world.