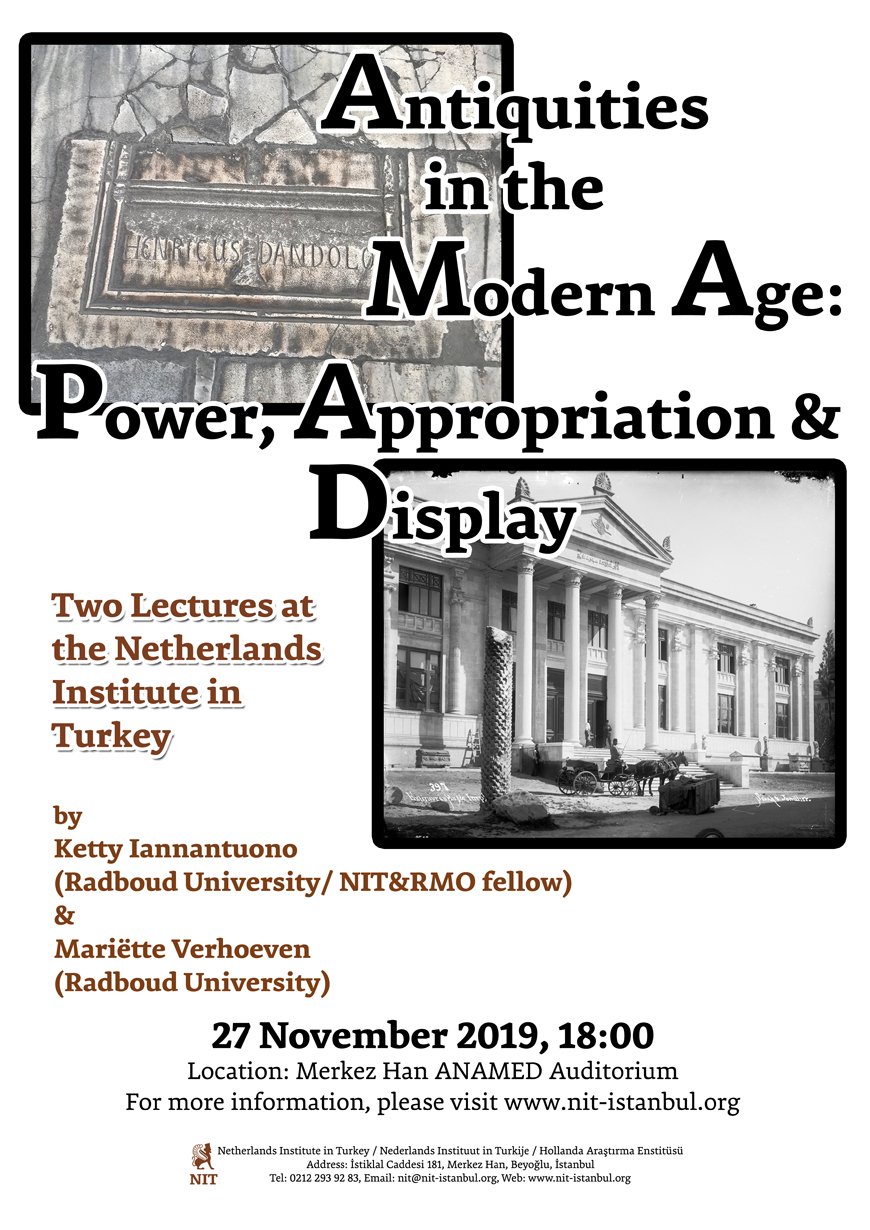 Antiquities in the Modern Age: Power, Appropriation, and Display

This lecture will look at processes of selection, acquisition, and display of Roman monuments from Asia Minor between the late 19th and the early 20th century. Collecting practices of newly established museums in Europe and Turkey will be analyzed and compared, in light of the specific academic and historical-political contexts of the period in the attempt to shed a light on driving motives behind the composition of these collections and possible aftermaths in the discipline."A Venetian doge in Hagia Sophia" by Mariëtte Verhoeven

According to Villehardouin, a French noble who participated in the Fourth Crusade, the Venetian Doge Enrico Dandolo was buried with great honor in Hagia Sophia in 1205. This lecture aims at tracing the history of Dandolo’s original grave and of the memorial plaque that bears his name and establishing the relationship between the two. Who wanted to commemorate the Venetian doge Dandolo in Hagia Sophia and who gave permission for this act of appropriation?

The lectures will be held in English. No registration is required. To see more about the lectures, please visit here.Date & Time: 27 November 2019, Wednesday, 18:00Location: ANAMED Auditoriumİstiklal Street, no.181, Merkez Han, Beyoğlu