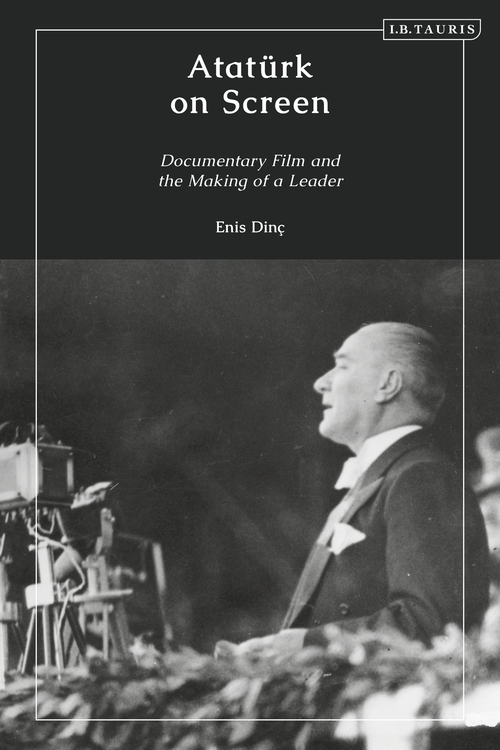 Former fellow of the Netherlands Institute in Turkey, Enis Dinç (Turkish-German University), has recently published his book titled "Atatürk on Screen: Documentary Film and the Making of a Leader". Dinç conducted some parts of the research that went into this publication as an NIT fellow in 2017.
Mustafa Kemal Atatürk was not widely known when he led the national resistance movement in Anatolia in 1919. However, the effort and attention that his government devoted to the creation of his public image gradually turned him into a superhuman figure in the eyes of many. Film played a crucial role in the creation and dissemination of this image and helped Atatürk to advance his project of building a new “imagined community” of the Turkish nation. But despite the impact of film and film-making on the political and cultural life of Early Republican Turkey, there is almost no research that has analysed this footage.
Atatürk on Screen uncovers various film archives to reveal the significant, albeit paradoxical, role of film during this period. Enis Dinç shows that while film-making was crucial for the creation of Atatürk's public image and the presentation of Turkey's new modern image to the world, it also posed risks as it could be re-used, re-edited and re-framed for the purposes of counter-propaganda. The main analysis in the book is of the film footage itself, including rare contemporary cinematic sources which have never received comprehensive analysis before. The book also makes use of other primary sources such as letters, memoirs, newspapers, reports, newsletters and production files, providing readers with a multi-layered account of the period.
To see more on the book, please visit here.
PAYLAŞ
TWEET