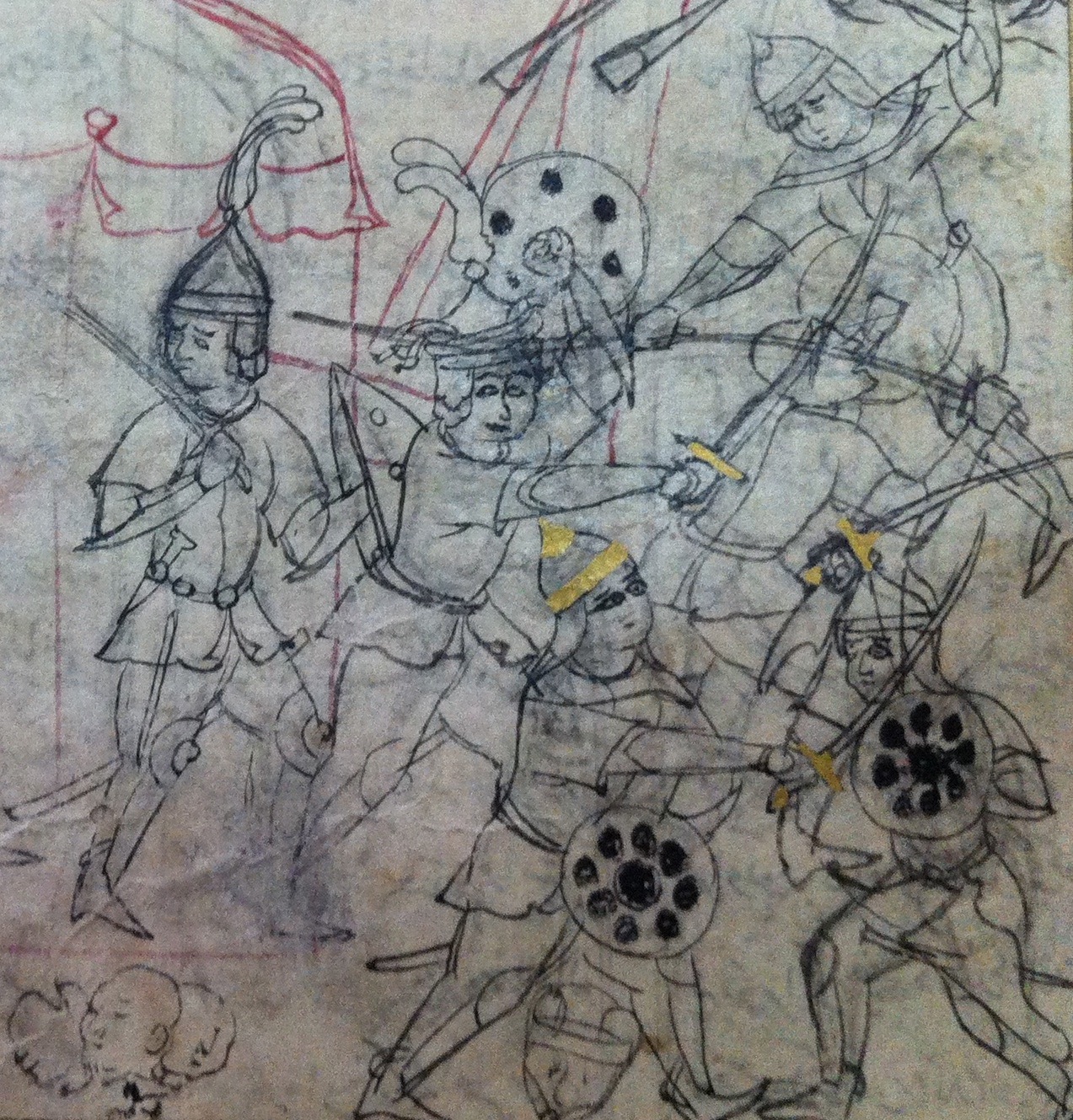 The Proof is in the Picture: Artistic Connections between Ottoman and Shaybanid (Uzbek) Centers in the late-16th Century

The Shāhnāma, or Book of Kings originally written by the Persian poet Ferdowsi in the early 11th century CE, has generated a legacy of illuminated manuscripts chronicling the pre-Islamic history of Iran and Central Asia (Transoxiana). More broadly speaking, the Shāhnāma records historical tensions between Persian and Turkic groups. In it, these two sides are at odds with each other despite having common origins. Focusing on manuscripts from outside Iran, this talk explores illustrated Shāhnāma copies created in, or falling into the hands of, Ottoman and Shaybanid (Uzbek) territories during the late-16th century. Copies of the ideologically-charged text are a rich source to mine for the cultural contexts of their production and their traffic as gifts or war booty circulating amongst Iranian-Safavid Shahs, Turkish-Ottoman Sultans, and Uzbek-Shaybanid Khans.

The 16th century is a period of territorial disputes preoccupying the Iranian-Safavid domain in which battles rage with the Ottomans to the west and the Shaybanids to the east. Although Shāhnāma manuscripts from these three Persianate zones are overwhelmingly copied in Persian, there exist a small group of Turkic translations that have stylistic connections and suggest artistic exchanges across geopolitical realms. The lecture will advance a hypothesis suggesting that the links between Ottomans and Shaybanids that are visually manifest in shared painting traditions must reflect political and artistic exchanges yet to be substantiated by the historical record.

Jaimee Comstock-Skipp holds a BA from the University of California, Berkeley in Near Eastern studies with a specialty in Arabic and Islamic civilizations (2009). She also holds an MA from the Williams College Graduate Program in the History of Art (2012), and a second MA from The Courtauld Institute of Art in London (2015), where she studied book arts of the Mongol through Safavid periods. She received linguistic training in Farsi and Tajiki as part of the Critical Languages Scholarship and the Critical Languages Institute in Tajikistan, and was the resident director of the National Security Language Initiative for Youth—Tajiki program from 2013-2017. As a recipient of the Fulbright Award she researched Tajik cultural and artistic history and heritage with regard to archival and museum materials in the capital city Dushanbe. She is currently a PhD researcher affiliated with Leiden University working on a dissertation related to Shaybanid productions of Ferdowsi’s Shāhnāma epic.