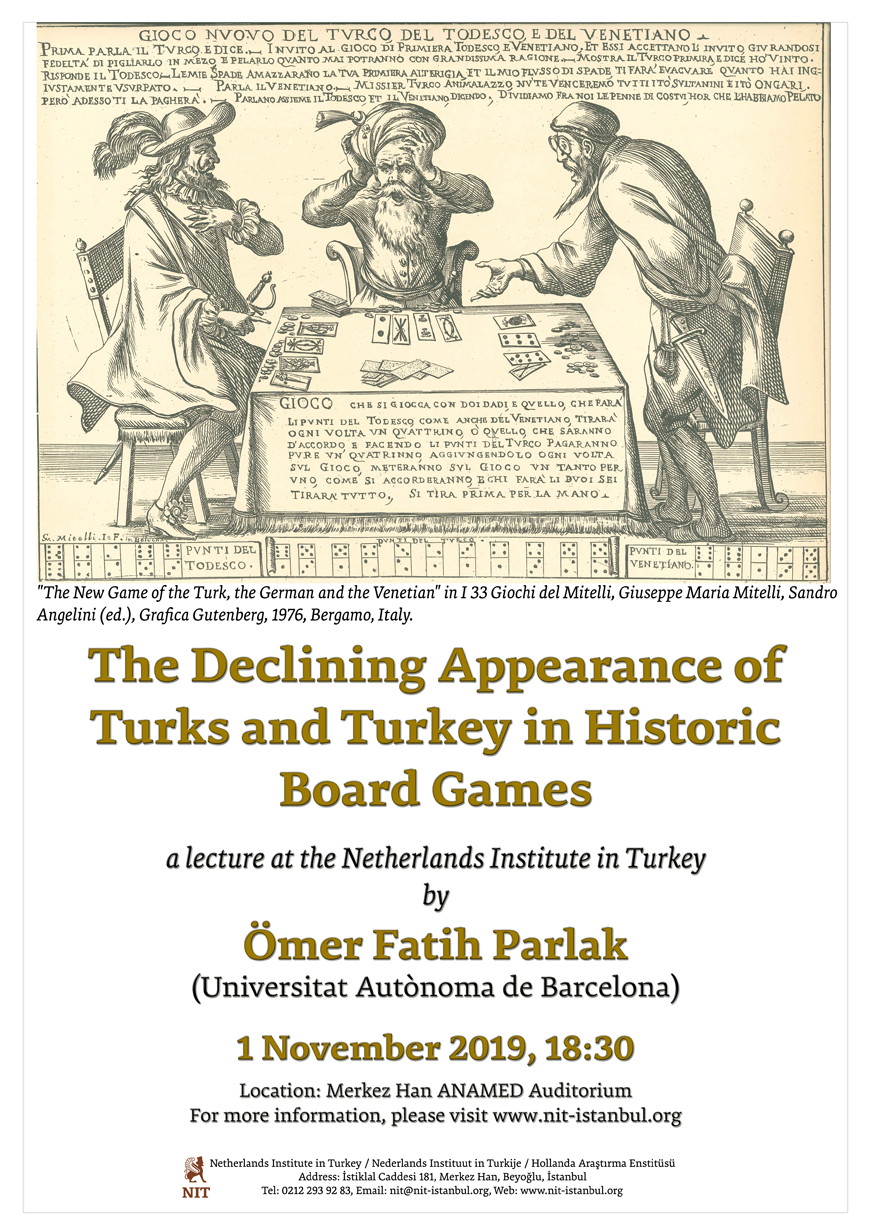 The Declining Appearance of Turks and Turkey in Historic Board Games

This lecture by Ömer Fatih Parlak (Universitat Autònoma de Barcelona) will explore the reflection of the Turk and Turkey in historic board games produced in Europe. The image of the Turk lost its thematic value in board games from the beginning of the 19th century and entered a century-long period characterized by a representational decline. During the hype of imperialism, newly colonized territories and peoples took the attention of board game designers, while the Turk and Turkey were no longer a popular entity in games. In the twentieth century, however, this decline turned almost to a total absence of Turkish representation in board games. This talk will propose to seek this declining trend in the mutual relationship between game space and political space.

Ömer Fatih Parlak obtained his doctoral degree in September 2019 in the program of Comparative Literature and Literary Theories at the Universitat Autònoma de Barcelona. In his doctoral research, he focused on the image of the Turk in early modern board games and playing cards.

No registration is required.

To learn more about the lecture, please visit here.