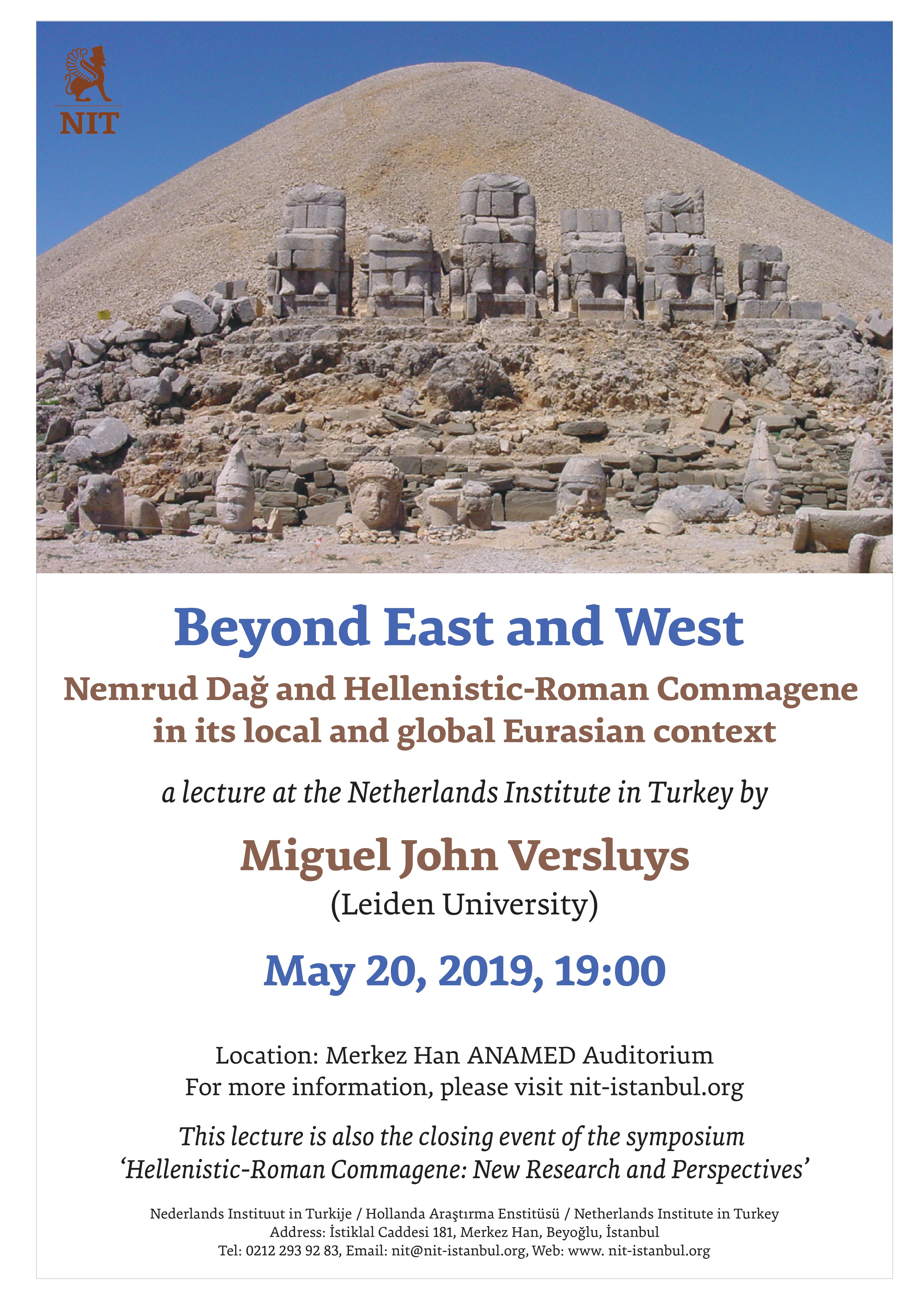 Beyond East & West. Nemrud Dağ and Hellenistic-Roman Commagene in its local and global Eurasian context

The Netherlands Institute in Turkey cordially invites you to the public lecture: "Beyond East & West. Nemrud Dağ and Hellenistic-Roman Commagene in its local and global Eurasian context" by Miguel John Versluys (Leiden University).
The ancient kingdom of Commagene (in what is now southeastern Anatolia) is often characterized as being at the periphery of the Hellenistic-Roman world while the socio-cultural developments taking place in the region are studied as those of a small state lost in the hinterland. Drawing on new theoretical perspectives concerning cultural dynamics in Antiquity, like Globalisation theory, as well as current fieldwork in Commagene, this lecture will argue that Hellenistic-Roman Commagene was, in fact, a central node in a Eurasian network that stretched from the Atlantic to the Oxus. It is only from this perspective, beyond East & West, that we will be able to properly understand the many innovations emanating from this cosmopolitan hub.
Miguel John Versluys is Professor of Classical & Mediterranean Archaeology at the Faculty of Archaeology at Leiden University. Between 2016 and 2021 he directs the NWO-funded VICI-project 'Innovating Objects. The impact of global connections and the formation of the Roman Empire (ca. 200-30 BC)'.
This keynote lecture follows the symposium "Hellenistic-Roman Commagene: New research and perspectives" that will take place on May 20 between 14.00 and 17.30 in the ANAMED auditorium.
Registration not required for this lecture and the preceding symposium.
The event will be held in English.
Date & Time: 20 May 2019, 19:00-20:00
Location: ANAMED Auditorium
İstiklal Street, no.181, Merkez Han
Beyoğlu
PAYLAŞ
TWEET