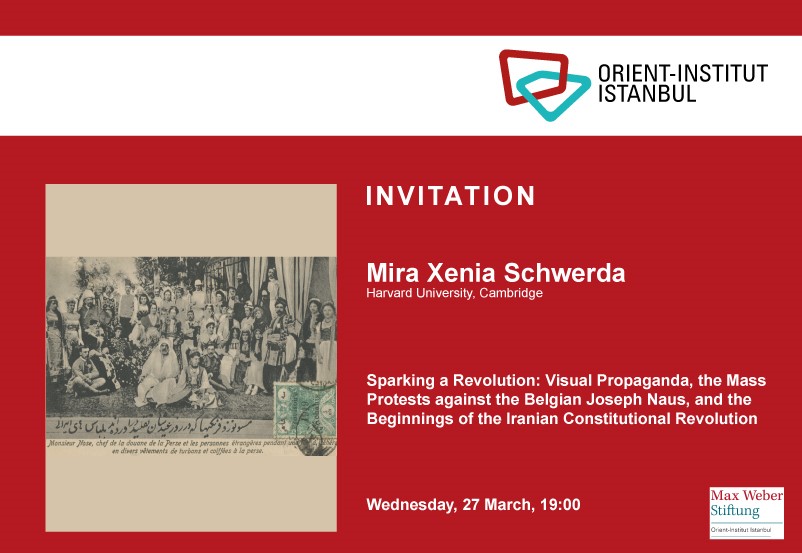 Sparking a Revolution: Visual Propaganda, the Mass Protests against the Belgian Joseph Naus, and the Beginnings of the Iranian Constitutional Revolution / Mira Xenia Schwerda

The talk will focus on a key event of the Iranian Constitutional Revolution: the protests against Joseph Naus, the Belgian head of customs and taxation in Iran, who was also a minister at the Qajar court. Naus’s reforms had made him and his European and Armenian employees deeply unpopular and from 1903 on demonstrations against him took place in several Iranian cities. In the talk the role of a photograph of Naus will be highlighted, which the cleric Abdullah Behbahani used to turn disparate local protests into a nationwide movement. The presentation will be an analyse of the role of visual propaganda in the beginnings of the Iranian Constitutional Revolution and will explain how and why this specific photograph of Naus caused protests, death threats, and, finally, his dismissal.