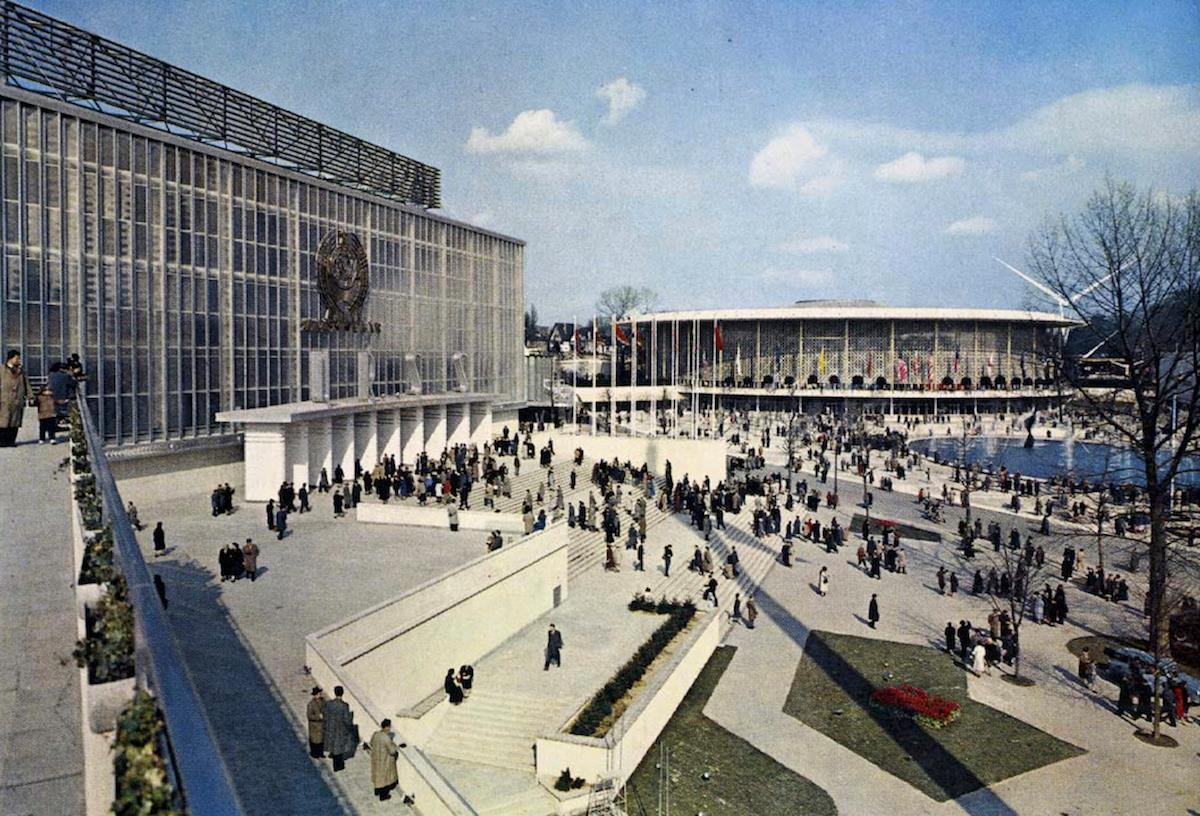 “Cold War Cultural Transactions: Designing the USSR for the West at Brussels ‘58”

“Cold War Cultural Transactions: Designing the USSR for the West at Brussels ‘58”, Susan E. Reid
Exploring the legacy of world fairs, “Exhibit” continues with a talk by Susan E. Reid, Professor of Cultural History in the Department of Politics, History and International Relations at Loughborough University.Focusing on the USSR Pavilion at Expo 58 in Brussels, Reid will discuss the Cold War metaphor of “design diplomacy” as a lens through which to examine how international relations have been materialized and played out in international expositions. She will also analyze how Soviet exhibition planners, deliberating on how to represent progress and socialist humanism to Western publics, came to recognize that if the USSR was to make itself understood by the capitalist “other,” it must adopt selectivity as the idiom of the public that it aimed to persuade. As in diplomatic transactions, the art of persuasion demanded negotiation and compromise, resulting in a degree of transculturation.Having been published widely on painting, visual and material culture, gender and consumption in the USSR, with a focus on the Khrushchev era and Cold War, Susan E. Reid has maintained particular interest in exhibitions and their viewers. Her edited volumes include “Pleasures in Socialism: Leisure and Luxury in the Eastern Bloc” (2010), “Women in the Khrushchev Era” (2004), “Socialist Spaces: Sites of Everyday Life in the Eastern Bloc” (2002), and “Style and Socialism: Modernity and Material Culture in Post-War Eastern Europe” (2000). Most recently, her article “The Soviet Pavilion at Expo ‘58” appeared in “A History of Russian Exposition and Festival Architecture: 1700-2014,” ed. Alla Aronova and Alexander Ortenberg (2018).