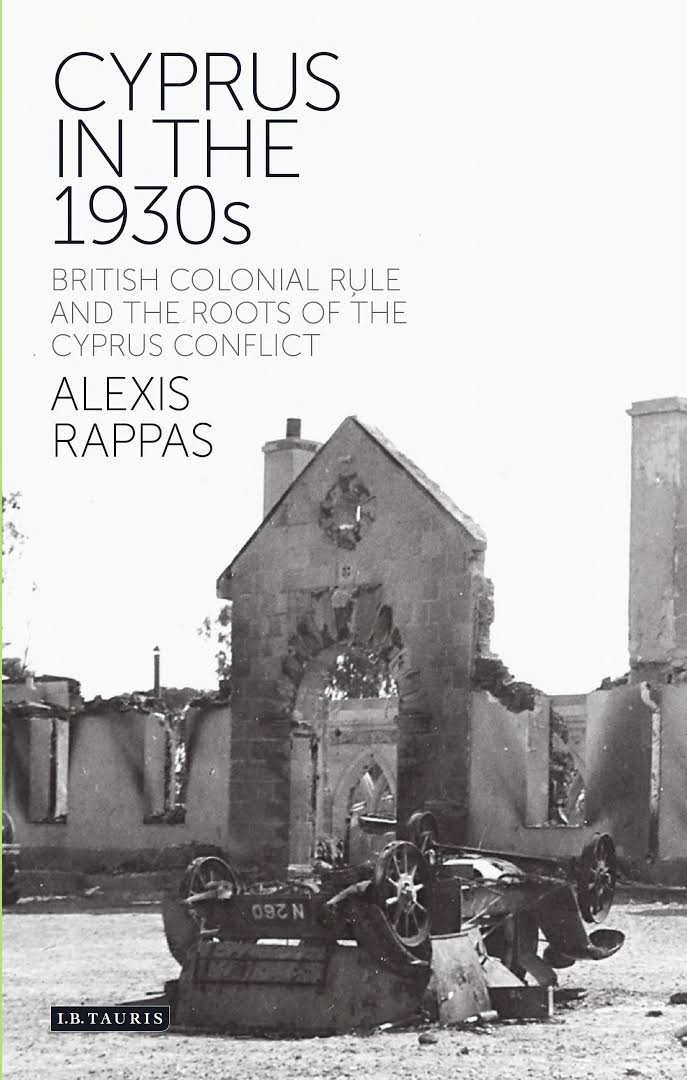 Cyprus in the 1930s: The roots of an ongoing conflict, Alexis Rappas

Cyprus in the 1930s: The roots of an ongoing conflict
The talk on Rappas’ book, Cyprus in the 1930s: British colonial rule and the roots of the Cyprus conflict will be held at the
ANAMED Library on the 2nd of October, and will be moderated by Antonis Hadjikyriacou (Bogazici University).
The book sheds light on the 1930s, a heretofore neglected period of Cypriot history. Its approach is decisively comparative:
in seeking to understand British experiments at social engineering it relocates Cyprus within a broader transnational cultural
and political context characterised by a widespread fascination with social planning sometimes leading, especially in the post1929
crisis context, to fascination with authoritarianism. The Italian fascist challenge to British supremacy in the
Mediterranean is also factored into account for the distinctly authoritarian turn in Cyprus. Adopting an interdisciplinary
approach and drawing on political philosophy (Arendt), the sociology of organizations (Crozier/Merton), and structural
linguistics (Barthes/Guha), the broader ambition of the book is to problematize the evolution of the late colonial state.
Methodologically this is pursued by alternating micro and macro scales of analysis. The book was nominated for the 2015
Runciman Award and was reviewed 9 times, including in Diplomacy and Statecraft, European History Quarterly, Journal of
Modern Greek Studies, and Mediterranean Historical Review.
Alexis Rappas is an assistant professor of history at Koç University where he teaches Mediterranean history, European history and imperial and
colonial history. His book, Cyprus in the 1930s: British Colonial Rule and the Roots of the Cyprus Conflict (London, IB Tauris, 2014) explores British
colonial attempts at social engineering in that island. Arguing that this policy was a product both of transnational discussions on social planning
in interwar Europe and of British official reactions to the geopolitical situation of the Mediterranean, the book strives to comprehend its political
long-term effects in a multicultural island inhabited by Greek and Turkish Cypriots. His current research focuses on the interplay between
European imperial sovereignty and property in the post-Ottoman Levant. Early findings of this project have been published in the Revue d'Histoire
Moderne et Contemporaine, the International History Review and the Mediterranean Historical Review.
Date: 2 October 2018, Tuesday, 18:00
Place: Istiklal Cad. No 181 Merkez Han, ANAMED Library (2nd floor)
PAYLAŞ
TWEET