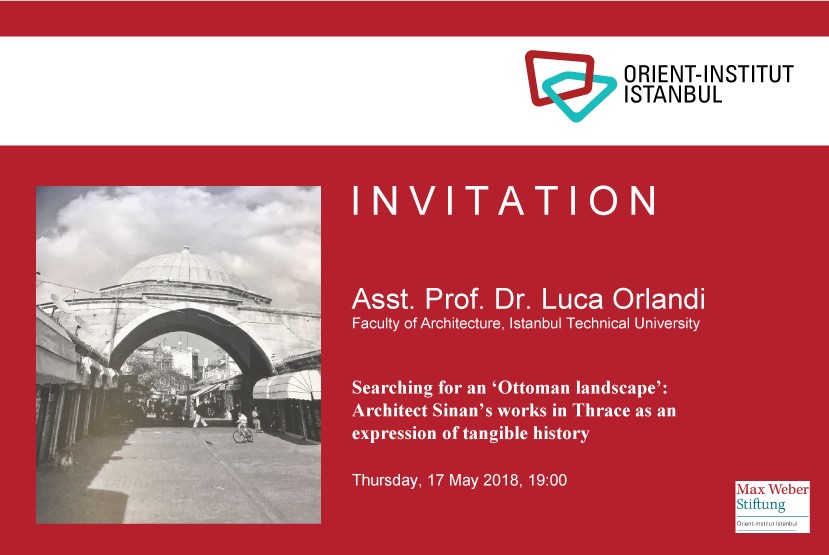 Searching for an ‘Ottoman landscape’: Architect Sinan’s works in Thrace as an expression of tangible history / Luca Orlandi

The landscape of Sinan’s architecture in Thrace offers an opportunity to rethink the value of the famous Ottoman architect in light of his huge legacy, presented through his architectural and engineering works, which are spread out over a vast territory that once belonged to the Ottoman Empire. Especially in the Balkans, a region of conflicts but also of important cultural and commercial exchanges due to the proximity and coexistence with the European powers, and characterized by different cultures, traditions and religions, these traces are still visible today. They show how the Ottoman civilization was able to expand but also to adapt to the conquered places.

In this sense, the case of Thrace stands as a model of the modus operandi of ‚Ottomanization‘ of the territory, which was largely realized during the 16th century. The architecture of Sinan became a sign of the Ottoman artistic and creative inspiration coupled with the ability to administer and manage different lands and populations and thus leaving a strong tangible impact on the territory.