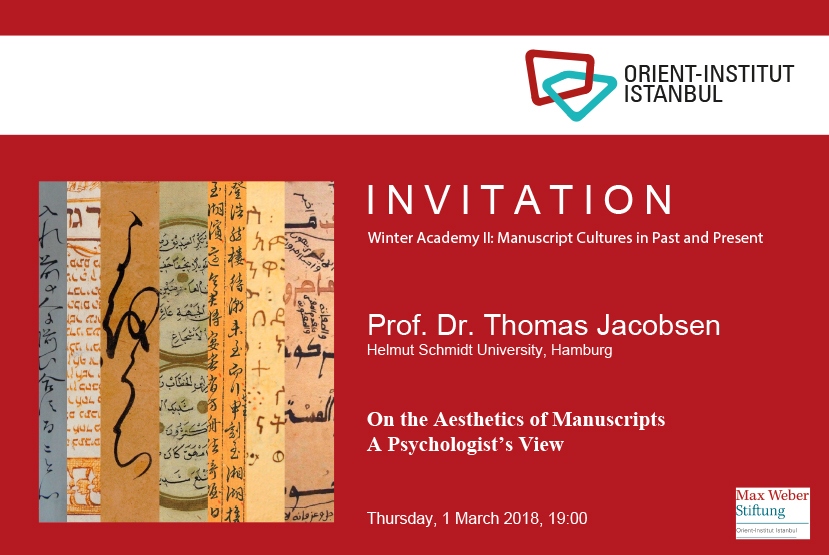 On the Aesthetics of Manuscripts. A Psychologist’s View / Thomas Jacobsen

As the second-oldest branch of Experimental Psychology, the Psychology of Aesthetics investigates the multi-factorial determination of aesthetic appreciation and production. Having focused on various questions in the visual arts, manuscripts are merely beginning to draw more attention from scholars in the field. My talk will trace potential factors influencing aesthetic valuation of manuscripts, and highlight potential venues of investigation.

Thomas Jacobsen, Professor of Experimental and Biological Psychology at Helmut Schmidt University, Hamburg, Germany, is the author of publications in the area of (neurocognitive) psychology, including auditory processing, language, empirical aesthetics, and executive function. He was a Visiting Scholar in Cognitive Neuroscience at the University of California, San Diego, fellow of two McDonnell Summer Institutes in Cognitive Neuroscience, and a Visiting Professor at the University of Vienna and the Freie Universität Berlin, and received the Alexander Gottlieb Baumgarten Award of the International Association of Empirical Aesthetics (IAEA) in 2008.